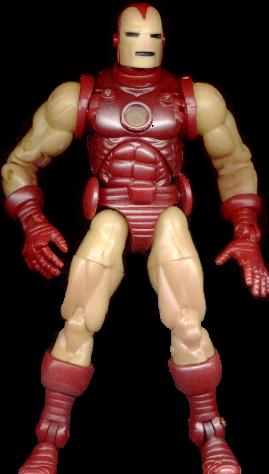 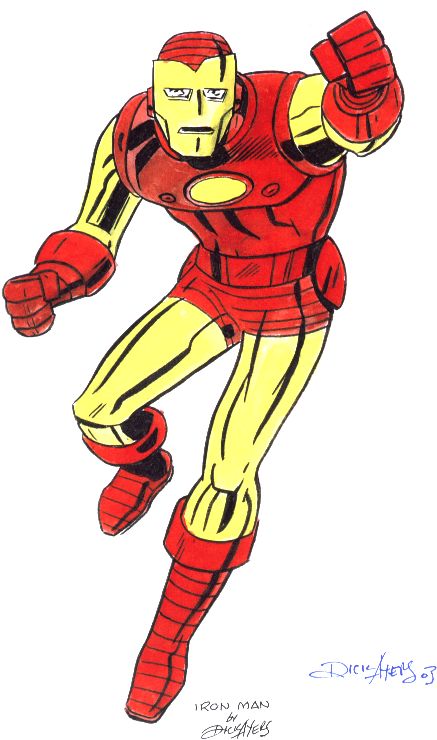 Proto-classic armor (the Model II, Mark I as seen in Tales of Suspense, TOS #48-53).  This represented the first radical redesign of the armor to a more sleeker look.  And except for a few occasions, I have patterned all future armors around this basic design. It includes an invention of mine called flex metal withdrawn and extended with magnetism.  It is flexible as cloth and when magnetized, it becomes stronger than steel.

The classic armor was the armor design I had for the longest time. 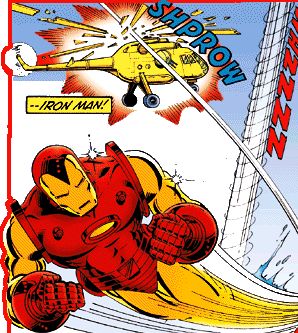 During this time, I worked on inventions for other teams.  Stark International equiped Xavier's Estate with anti-acceleration field generators to prevent the gates from being rammed.
Another of my inventions that helped protect innocent lives is my image inducer shown here with X-men's Nightcrawler shortly after he joined the team.  This allowed groups like the X-men to move about in society without risk of harm. 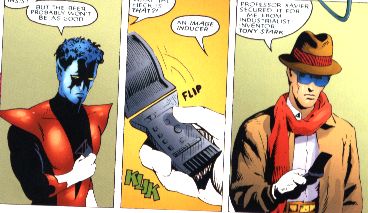 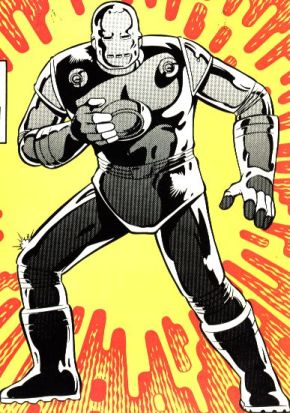 In IM #191 another grey armor was used as therapy during my recovery from alcoholism.
The pre-classic armor (Model III, Mark II as seen in TOS #59-65, seen here in TOS #59 still had the rivets but the faceplate and look of the armor was bigger and bulkier.

The Rivet armor (Model III, Mark I first seen in TOS #54-58, in a backup of TOS #55, pods were shown, "pods were for spare radio parts" but they were not actually used until the Pre-classic armor).  Here is the first appearance in TOS #54 and a picture in Avengers #6, and the Avengers #6 shows an invention I created for Captain America computerized controls for his shield.
Pictured here, by Dick Ayers, is the Model II, Mark II - new chest plate as seen in TOS #53, the side pods were actually added later  to the pre-classic armor to store items, later during the classic years they became a power source for the armor. 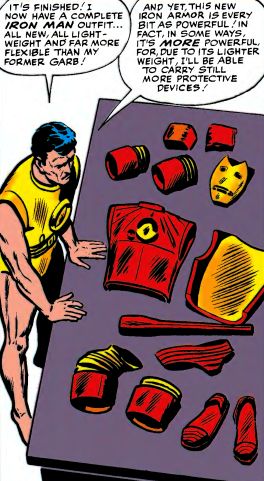 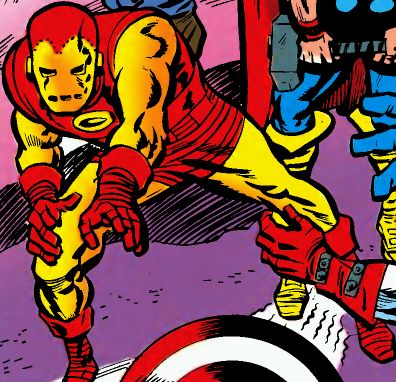 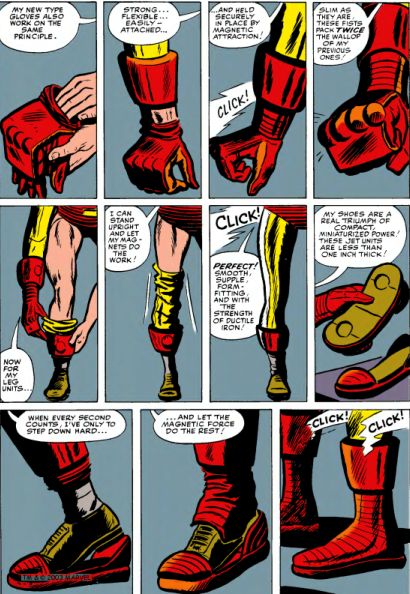 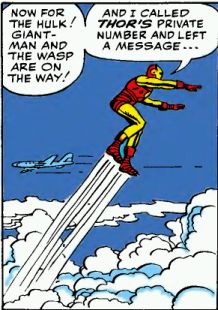 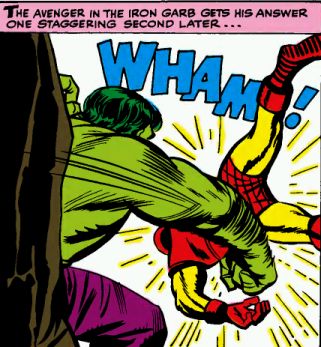 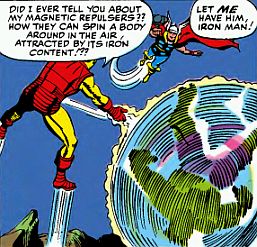 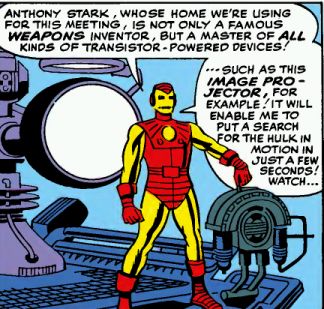 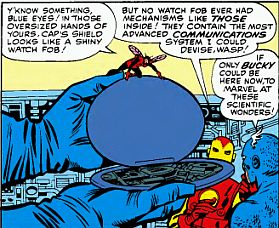 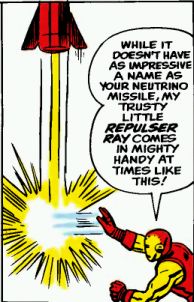 As seen here in Avengers #8, in the Model III, Mark II armor, I use the magnetic repulsors to divert a missle. 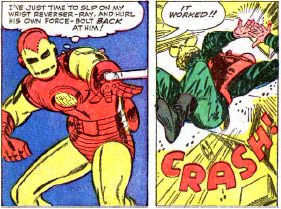 The Rivet Armor invention - the Reverser-Ray that was able to hurl the force of the Unicorn back at him.

The Rivet Armor was able to out fly a commercial jet and had the strength to fly through the pressurized windows and rend steel. 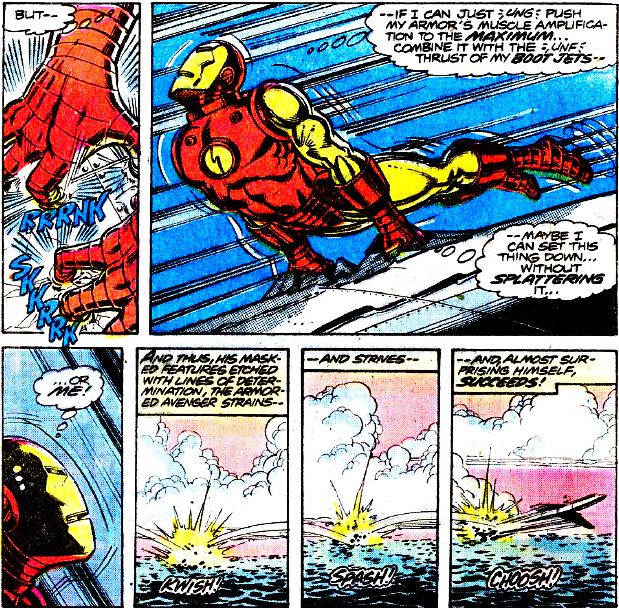 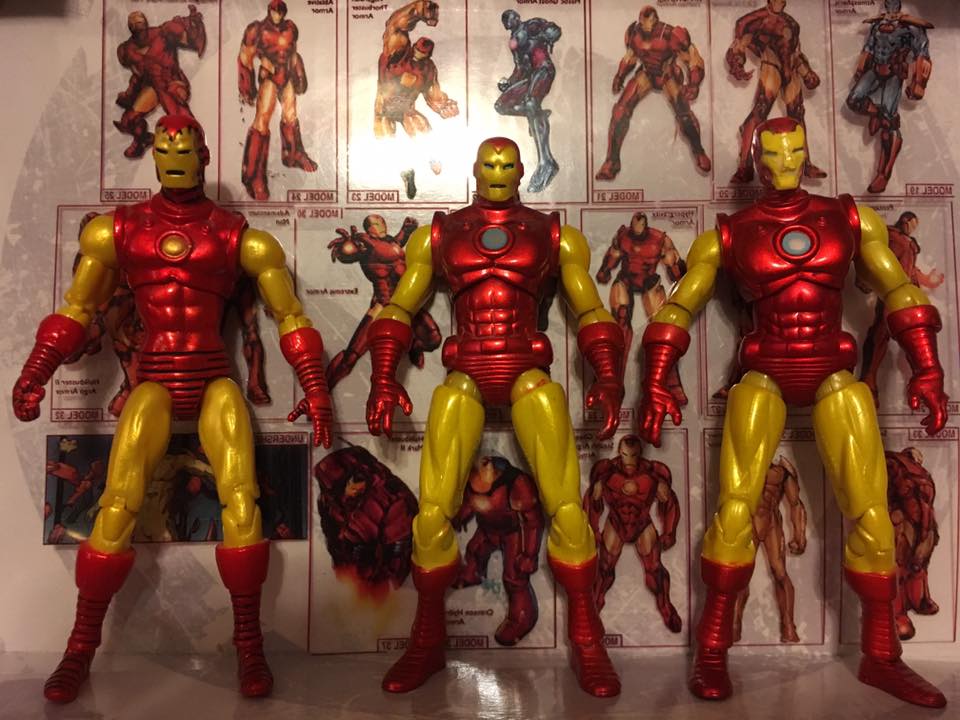 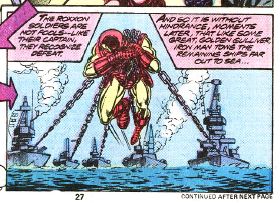 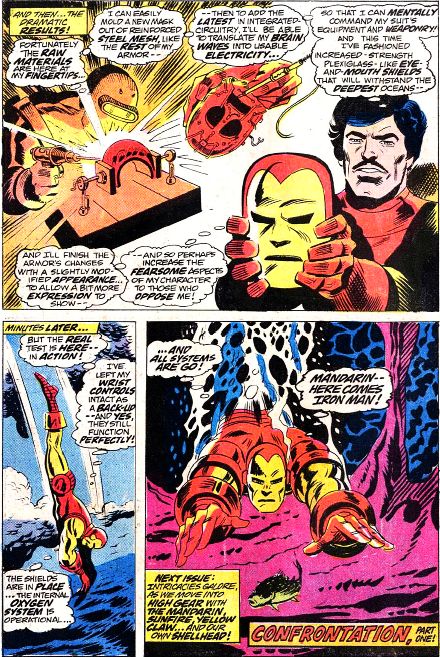 This is the first look at the classic armor, Model IV, Mark I - no more rivets as seen in TOS - 66.
I added a new feature to the classic armor in Iron Man Vol 1, issue 68 - a nose to add more expression and an upgraded curcuitry. 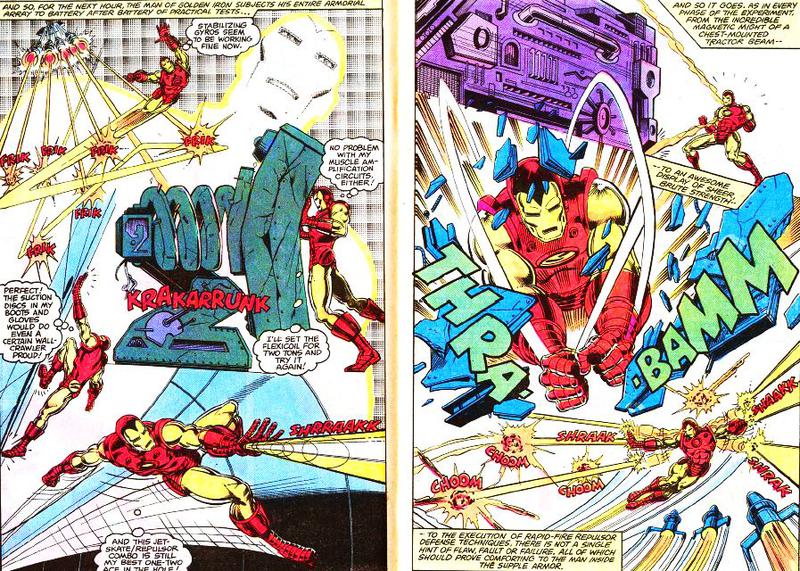 Iron Man Vol. 1 - 123 putting the armor through a battery of tests 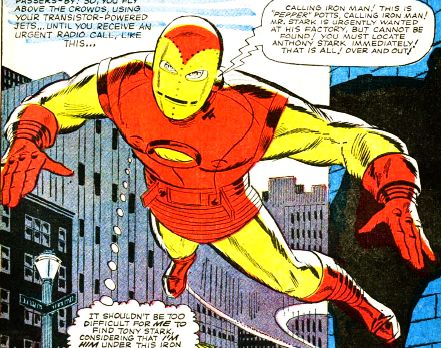 The Mangler Missile, able to attach and control other rockets or vehicles. 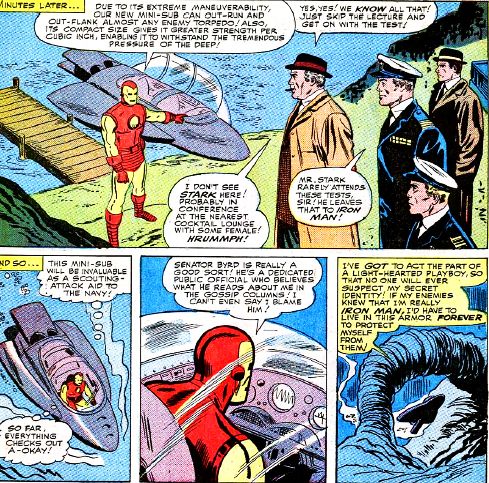 Another of my inventions was an extremely maneuverable mini-sub that I showed the U.S. Navy. 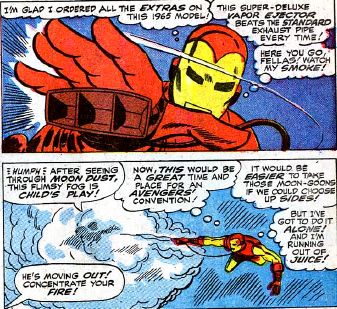 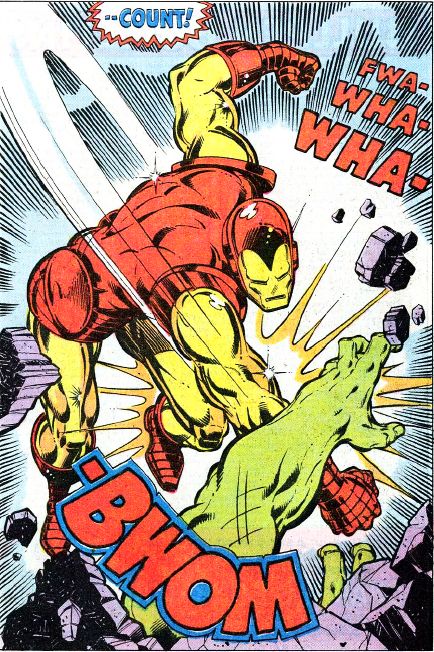 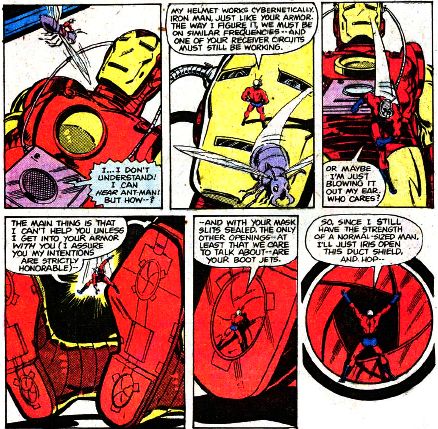 This shows the intricacies of my boot jets that Ant-Man had to help me with. 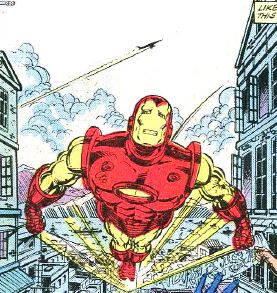 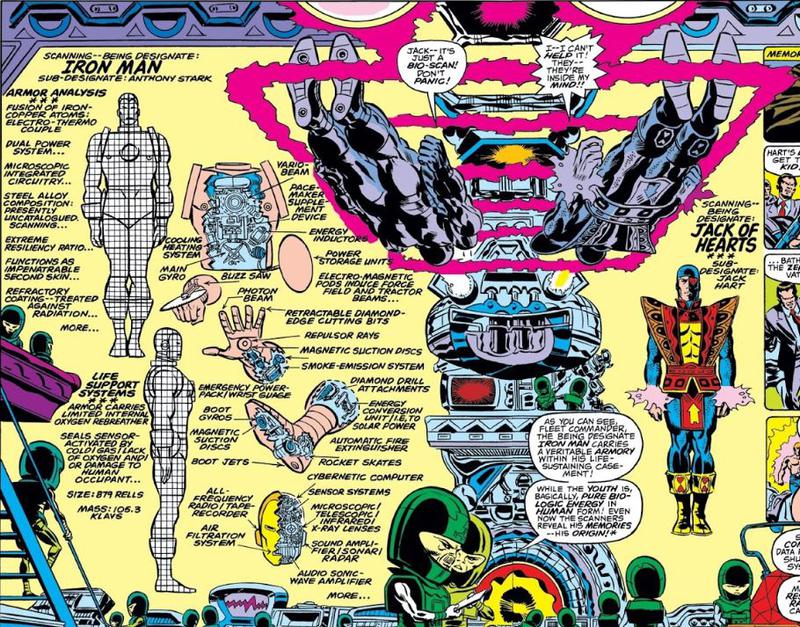 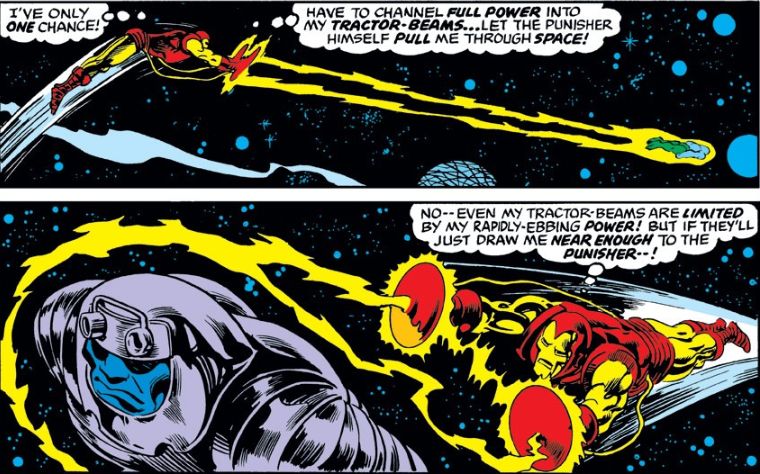 I used my tractor beams in Iron Man 112. 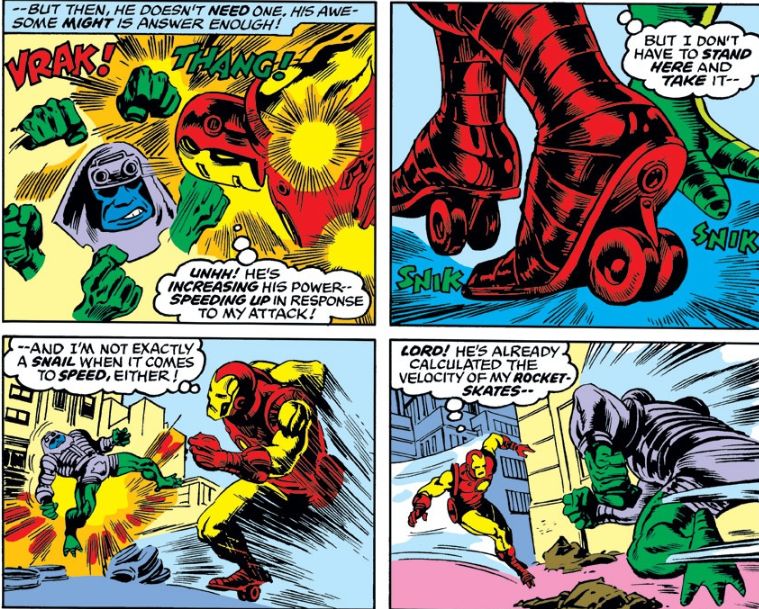