Added the Timeline from Advanced Iron
Issue 2 of the new series, Tony is in the street, helped by Riri Williams. He appears to be making bad decisions, and Tony thinks someone is framing him. The Living Laser comes by and attacks. Riri uses teh Rings of the Mandarin to defeat him. Then a murder at the end of the issue. This is either a frame job or another story how Tony went bad. The Invincible Iron Man relaunches with number 1. It, however, continues the continuity of Vol. 6. Tony Stark has spent all of his money to buy weapons of mass destruction to get them off "the street" and away from the bad guys. While he's working in his family's New York house, the arc reactor signals something, then a big explosion happens killing a neighbor and injuring Stark. Another armored villain tries to kill him and finds that there is a person in the armor, but an innocent, and it was operated remotely.
Iron Man Vol. 6 - #25 It's Iron Man Day in New York City. Iron Man is supposed to show up to a gathering and speak, but instead he finds a person in the subway who had a heart attack. He has to remember his CPR and use his armor as a defibrillator (which he should not be using it through the guy's shirt - it should be direct skin contact). We get two back up stories, one with the stealth armor rescuing Thor and another from Tales of Suspense days where Iron Man battles Radioactive Man.
Under Communications (Links Page): I'm trying to recover from archives some of the older sites that went away on the internet. I've contacted many of the owners for permission to host the content of their sites. If I've missed someone, please contact me. Thank you!
This website, its operator, and any content contained on this site relating to Iron Man, Tony Stark, Avengers, any specific character mentioned, etc. are not authorized by Marvel Comics. This site is not sponsored, approved or authorized by Marvel Comics. The opinions of this site are not necessarily those of Marvel Comics and this site is not an authoratative voice of the views of Iron Man, and characters and situations as written by Marvel Comics. This site serves as a non-profit scholarly work which reviews, promotes, and documents the elements of "Iron Man" in comic books and other media during the 20th century and beyond. All ideas in this site are expressed as a continuation of thought covering the pop culture associated with Iron Man. These thoughts are not necessarily the ideas of Marvel Comics. Some illustrations and words are the creation of others that may or may not have appeared in other publications or websites. Their inclusion in this site is not intended as an infringement of their copyright in any way, but rather is done in the interest of documenting and reviewing pieces of pop culture "comic book" history. Iron Man and other related properties and images are © by Marvel Comics.
Search the
Web 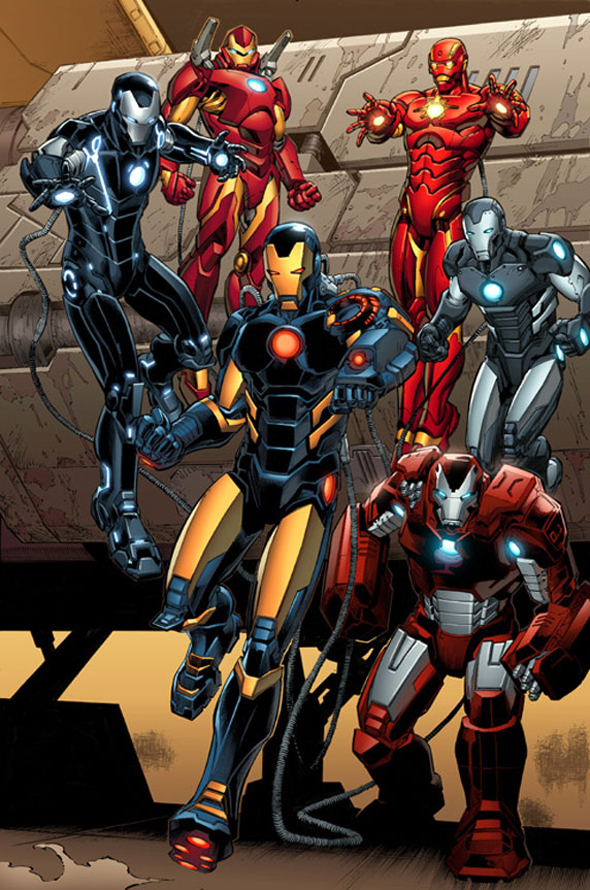