Model VI, Mark I
as seen first in IM #218.
The Guardsman armor, I invented to guard the Vault, a high tech prison for super powered criminals, was based on my own armor.  See this never before seen picture of the prototype armor based on the Model IV, classic armor.
The Guardsman Armor was first seen in IM #43. This is issue 98 of IM, vol. 1 where I donned the Guardsman armor to give the new Iron Man, Michael O'Brien time to suit up. 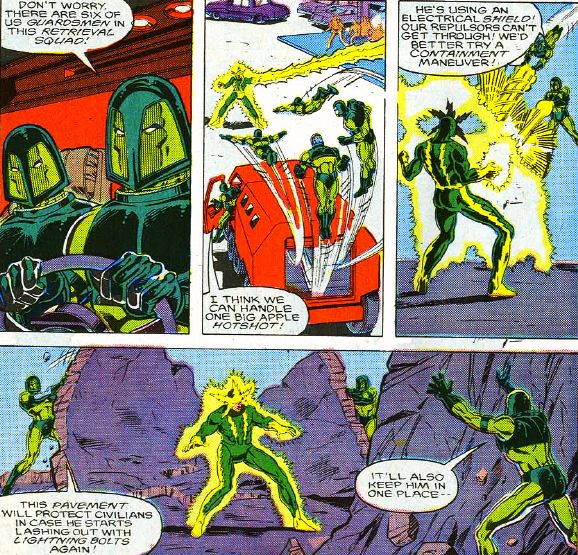 The Guardsman armor taking down Electro as shown in Iron Man 228. 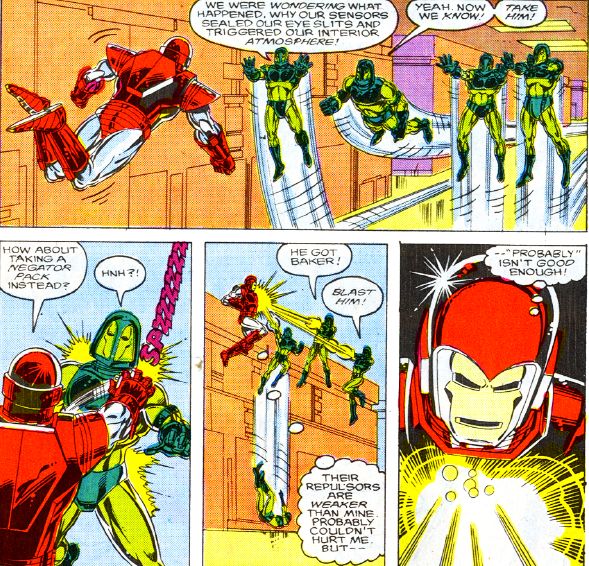 The Guardsman guarding the Vault as shown in Iron Man 228 during the Armor Wars storyline. 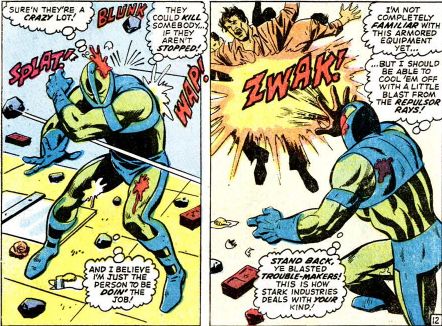 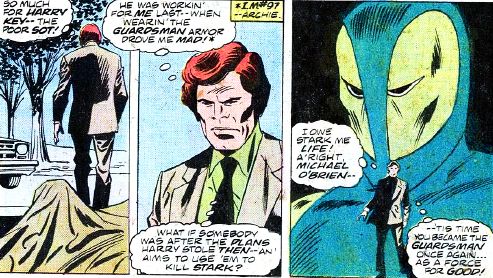 Kevin O'brien was an excellent Engineer and the first Guardsman. When provoked, he accidently killed a student protestor. The suit was not callibrated properly and he went mad. I had to stop him or more students would have been hurt.
Later, his brother, Michael O'brien, Sergeant for the police, took over the role. 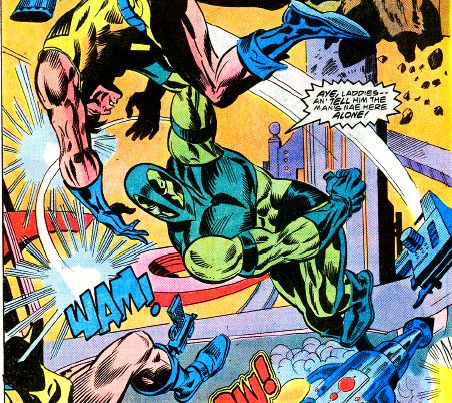 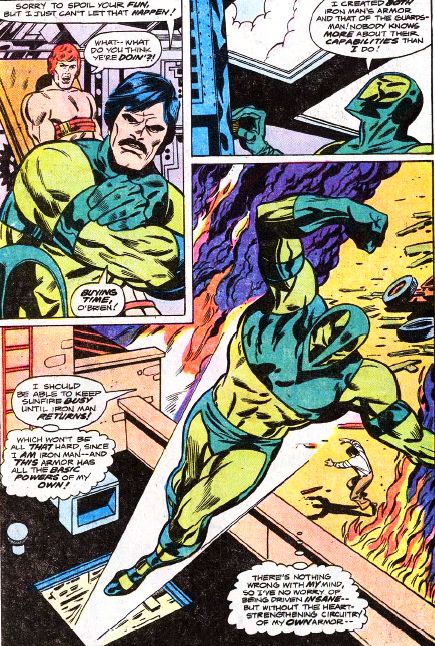 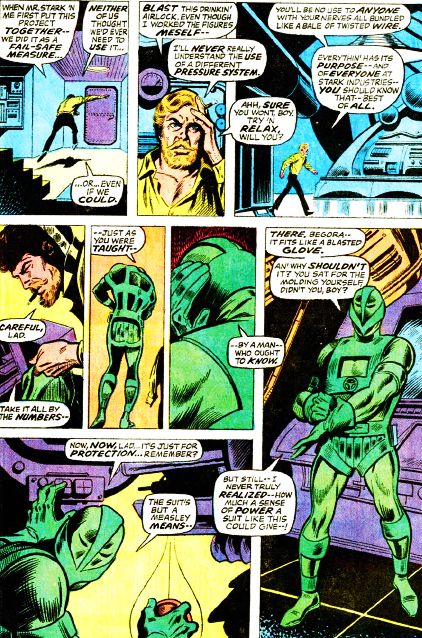 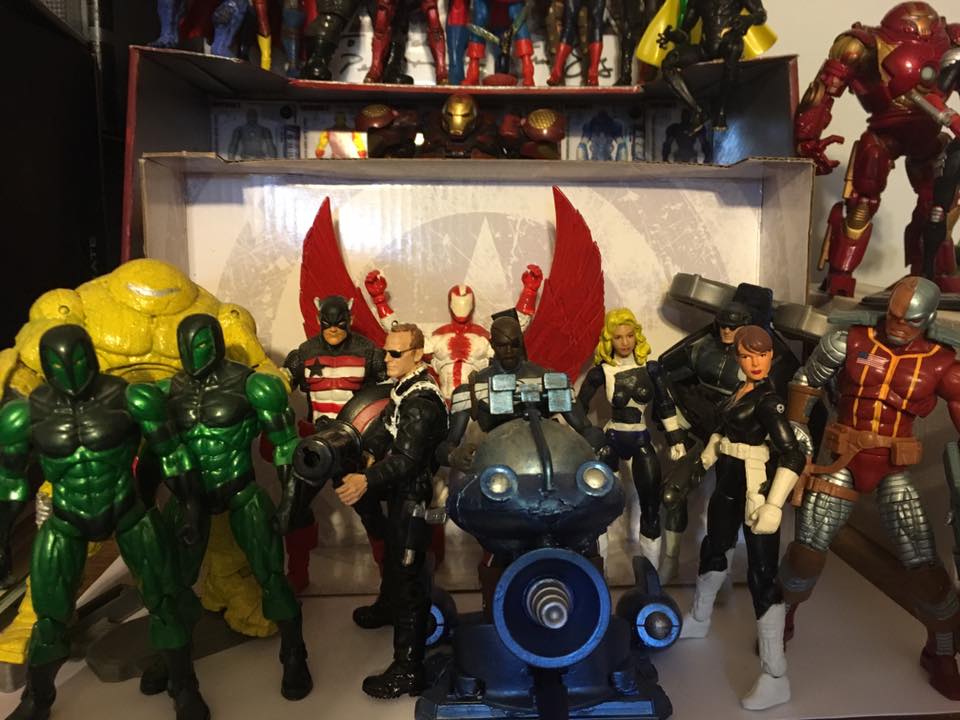 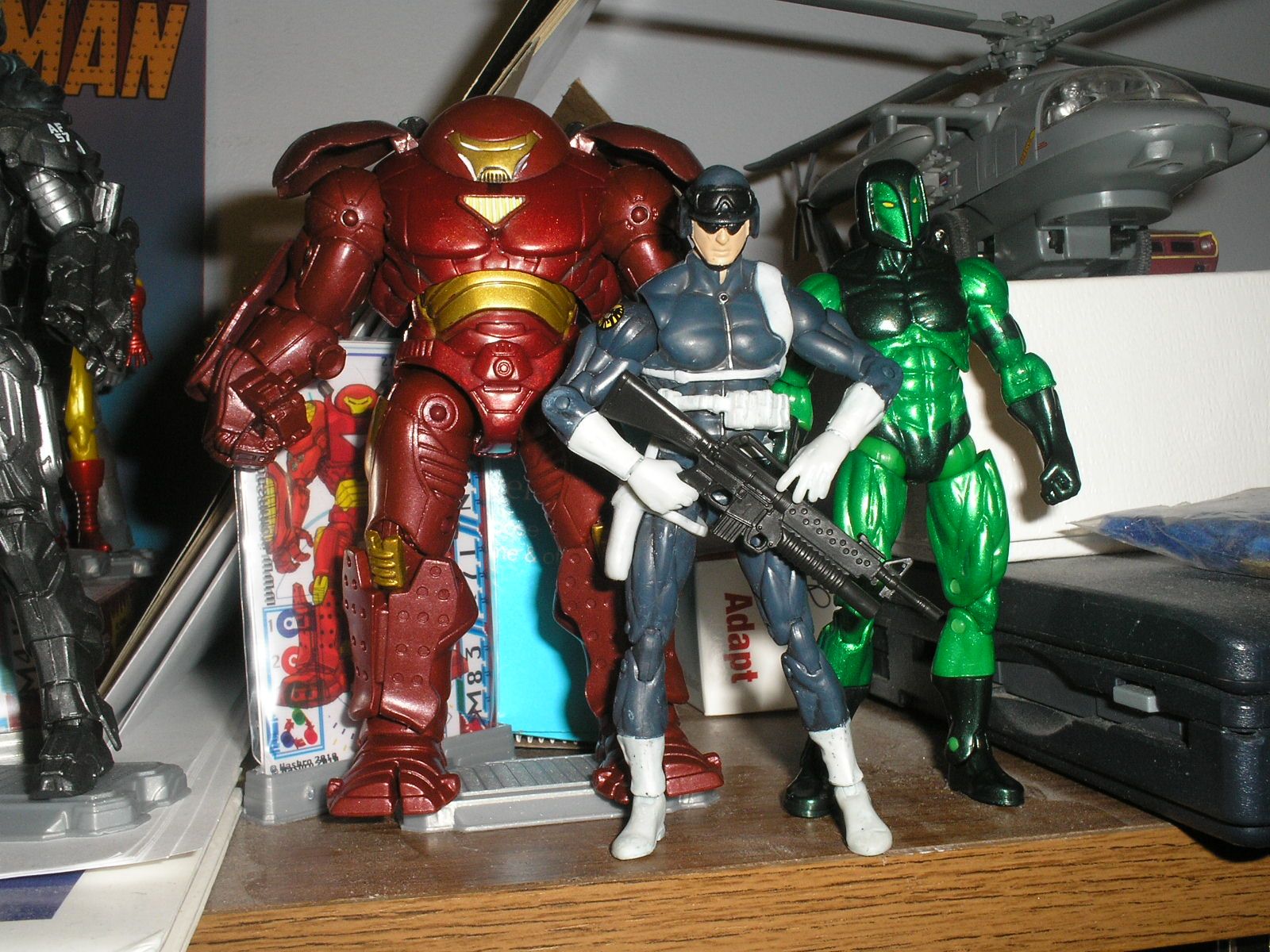