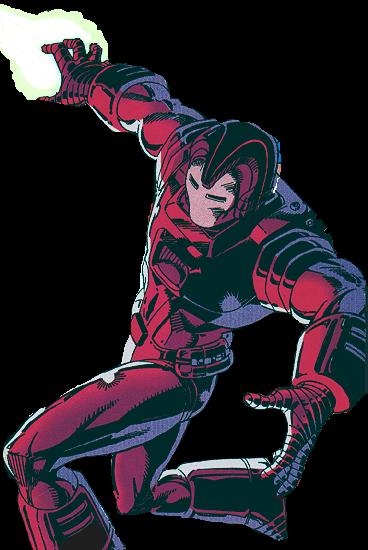 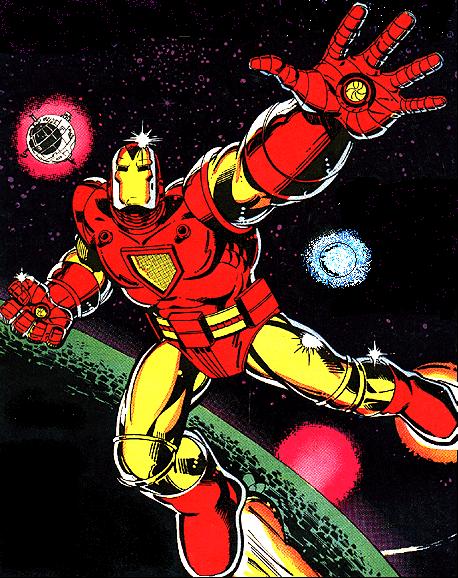 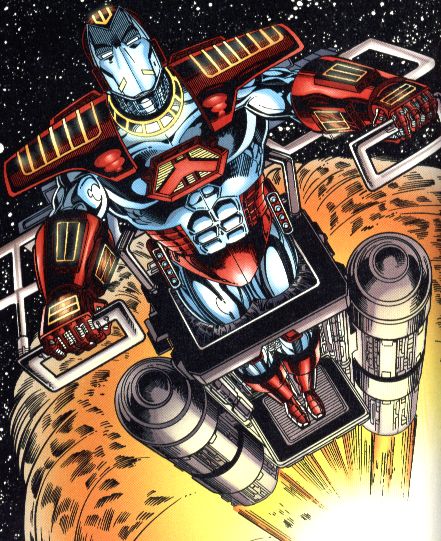 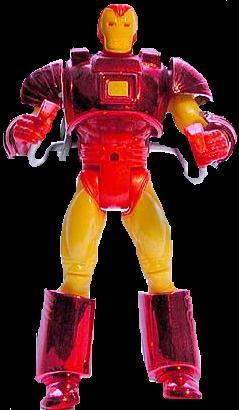 Here is a conceptual model of the Space Armor, Model V, Mark II. 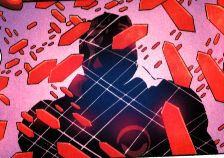 Model V, Mark IV,
AKA the Ablative Armor-Mark I as seen in the Iron Man: Vol. 3, #71.
It is a prototype armor designed for space exploration in impact-rich environments, like asteroid fields...comet tails...particle storms....
The armor is layered like a honeycomb with high impact polymer tiles that pop off when damaged.
The back's structure is a kiln that cooks up new tiles to take the place of the damaged ones.
It can also generate an orbiting wall of tiles as chaff to knock out incoming projectiles. 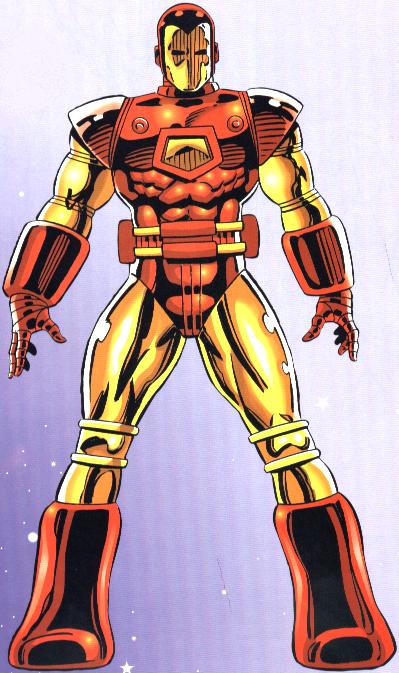 Another rendition of the 1st Space armor by Paul Ryan and Bob McLeod with colors by Bongotone. 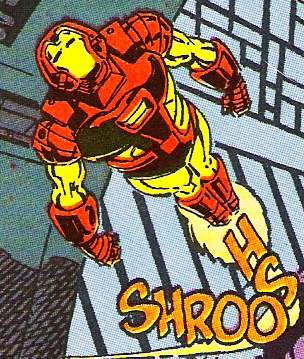 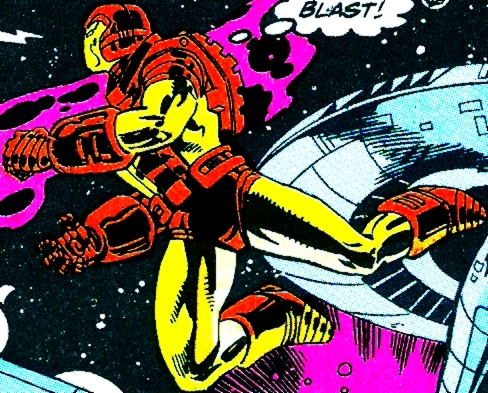 Iron Man makes the fatefull decision to surrender the Avengers based on the above readings, thus saving the Avengers' lives in IM #278. 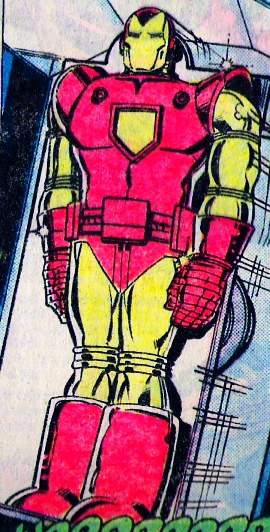 First brought out for use in IM #142.
First worn IM #142.  Had very sensitive cybernetic controls in the helmet and nuclear thrustersts in the boot jets to escape gravity. 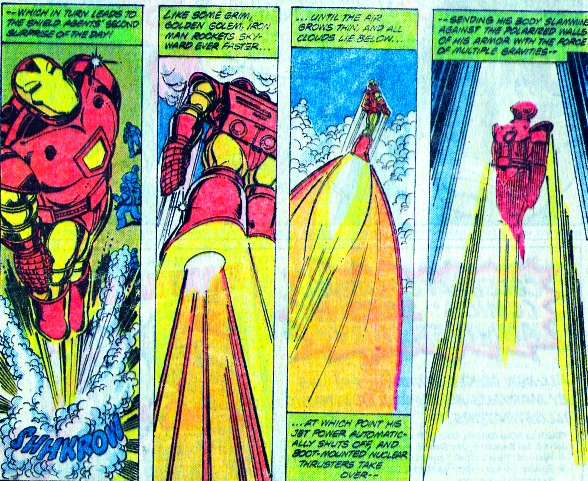 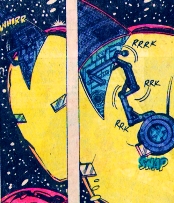 The suit also had a automatic camera for documenting in space. First seen in IM #143. 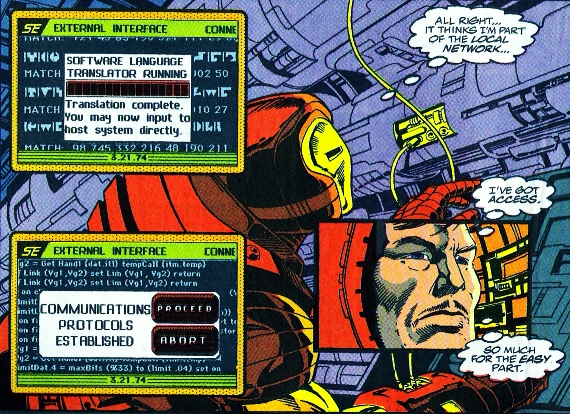 A little while later Stark uses his onboard sensors to reevaluate the situation. 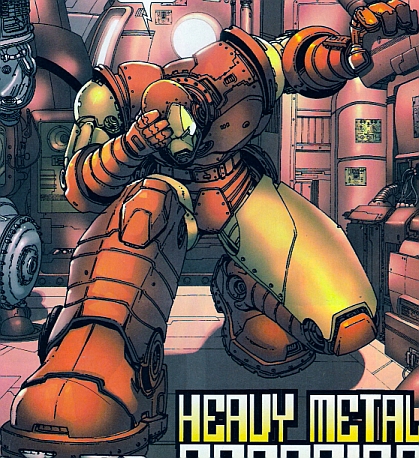 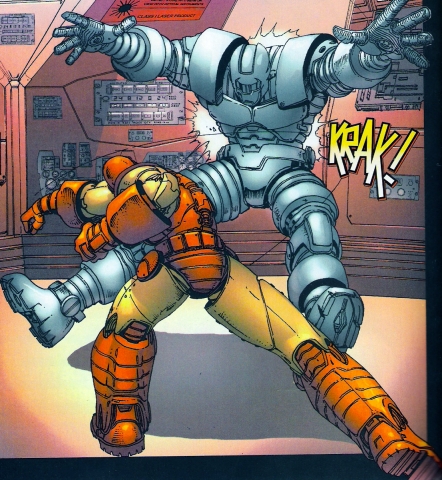 The armor has its own internal environmental controls including an intermix mask that can be used even when the helmet is off.
It also has programming to control movement including magnetic and jet compensators able to overcome 50 times the Earth's gravity.  It was used in conjunction with the Clement, a hypergravity spaceship used for deep space.
Model V, Mark V,
the Heavy Gravitational Armor for deep space flight at incredible speeds.  Vol. 3, #83. 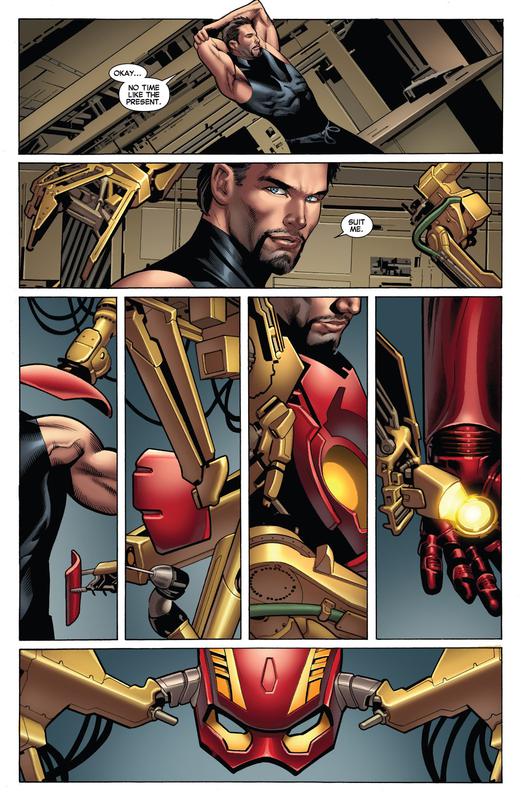 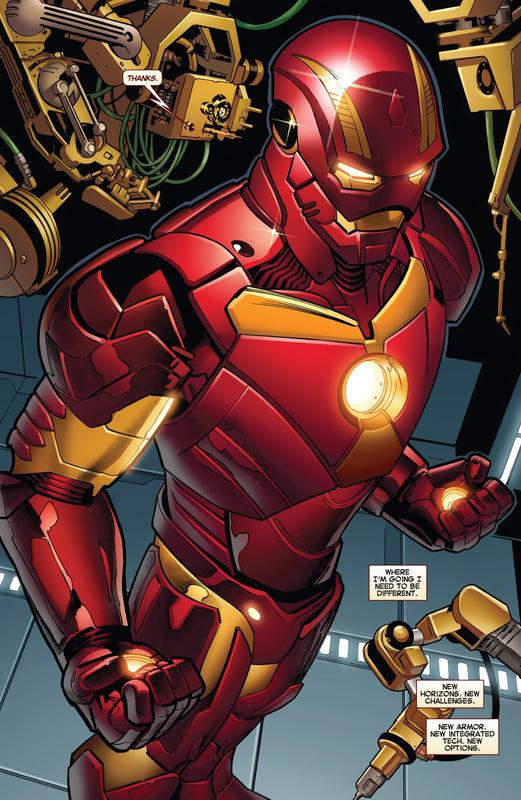